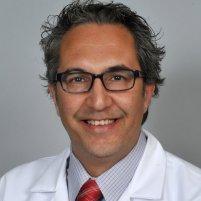 Chronic heartburn can be a sign of a serious underlying medical condition that requires surgery to correct. Dr. Paya and the team at SurgiThin in West Hills, CA, have extensive experience in heartburn relief surgery, using advanced approaches to relieve symptoms and decrease the risk for serious complications in patients from the San Fernando Valley region.

Heartburn occurs when stomach acid moves back up the esophagus, causing pain and burning sensations in the chest and stomach area. This backward movement is called reflux, and chronic heartburn is often referred to as gastroesophageal reflux disease or GERD. Normally, food and acid are prevented from refluxing by the lower esophageal sphincter, a sort of “valve” that is designed to let food in from the esophagus while preventing it from moving back into the esophagus. When this valve becomes damaged, often as a result of being overweight or obese, it often allows acid and food particles to move back up the esophagus, causing the burning symptoms as well as coughing, hoarseness and even sore throat.

Can't GERD be treated with antacids?

GERD is a serious medical condition, and while some of the symptoms like pain and burning may be controlled with antacids, they do not address the underlying problem. Moreover, regular use of some acid-blocking products can cause other medical problems, including problems with nutrient absorption. Without proper treatment, the continual backwash of stomach acid will eventually cause the tissue in the lower end of the esophagus to change, resulting in a condition called Barrett's esophagus which can substantially increase a person's risk of developing esophageal cancer. The esophagus may also eventually become narrower, causing problems with swallowing.

How is heartburn surgery performed?

There are different techniques for heartburn relief surgery, but the most common approach is called fundoplication. In this surgery, the upper portion of the stomach is carefully wrapped around the lower esophagus and secured, helping to provide support for the esophagus and preventing acid from moving backward up the esophagus. Fundoplication can be performed laparoscopically using a minimally-invasive technique that relies on small incisions and special instruments. Laparoscopic procedures are generally associated with fewer complications and risks, as well as faster recovery for the patient.

We are pleased to be able to accept all PPO insurance plans (e.g. Blue Cross, Blue Shield, United Healthcare, Aetna, Cigna, Healthnet, etc.) that cover weight loss surgery. Patients with PPO insurance can see us without needing a referral or prior authorization. We also accept some HMO insurance plans. Patients with HMO insurance will need to first consult with their primary care physician to obtain a referral to see us. To learn if your health insurance coverage will pay for your surgery, and what your insurance authorization requirements are, please call our office or send us an online contact form.

Words from our patients